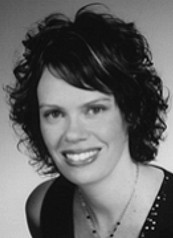 Mezzo soprano Hayley Sugars commenced her vocal training at the University of Southern Queensland and then undertook postgraduate study at the Queensland Conservatorium of Music in Brisbane. During her studies, Hayley was the recipient of many academic and performance awards, including the Elizabeth Muir Postgraduate Scholarship and the Joyce Campbell-Lloyd Overseas Scholarship.

Hayley recently completed 2 years as member of the Opera Queensland Young Artist Program. While she was a Young Artist, Hayley performed and covered numerous roles for the company, including the Page (Rigoletto), Second Lady (Magic Flute) and Julie Weathers in the world premiere of Dirty Apple. Hayley has also had much success in vocal competitions throughout Australia, being selected as a finalist in the National Aria Competition, the Southeast Aria Competition, the MacDonald's Aria Competition and the Dame Joan Sutherland Award. Hayley performed Cherubino (Marriage of Figaro) for the Brisbane Festival, in conjuction with OQ and QSO & sang in concert with QSO in 2010. In December 2010 she won the MTO German-Australian Opera Grant in Melbourne and went to Germany in June 2011 to become a part of the professional ensemble at the Hessisches Staatstheater in Wiesbaden.