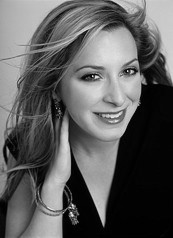 "A young and engaging Fiordiligi, providing a pure top in the ensembles, a refreshing lack of wobble, and power to spare. Her expressiveness is visual as well as aural. "Come Scoglio" came across as if she were just making it up, and "Per pieta, ben mio" found the heart of this beautiful piece of Mozartian introspection. The most elaborate duet in the opera, the long awaited consummation of "Volgi a me" was outstanding." - Gavin Maclean , New Zealand Opera News , July/August 2004

In 2003, University of Western Australia graduate, Emma Pearson , capped her Bachelor of Music in Vocal Performance with an Honours Diploma from the Australian Opera Studio. In 2004 she won the Australian Singing Competition's prestigious Marianne Mathy Scholarship as well as the annual German-Australian Opera Grant.

Able to attune her exciting voice, register and personality to a wide range of styles and sensibilities, she has already gained broad experience of performing opera, recently touring New Zealand with the NBR New Zealand Opera, as Fiordiligi in Così Fan Tutte and Frasquita in Carmen. She has sung the soprano solo in oratoria, concerts and chamber recitals in London, Tokyo and Beijing as well as Australia, and shone in the demanding roles of Maria in West Side Story, Aldonza in The Man of La Mancha , Yum Yum in The Mikado, and Adele in Die Fledermaus.

From shortly after her 25th birthday in June 2005 till September 2006, Emma Pearson is contracted to sing operatic roles as the Young Artist in Residence at the Hessisches Staatstheater, Wiesbaden , Germany . Thereafter, she hopes to continue studying and performing in Europe and Australia.

The sky's no limit for this soaring soprano.