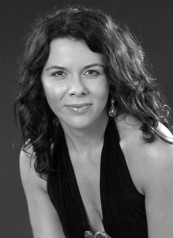 Australian soprano Stephanie Gooch graduated in 2003 from the University of Western Australia, completing a double bachelor in English and Music, and a Diploma of Education in English and Special Education. After spending two years teaching students with special needs, she decided to focus primarily on her passion for singing. In 2007 she successfully obtained a scholarship for the Australian Opera Studio. Changing from mezzo to soprano under the guidance of Gregory Yurisich and Anthea Moller, she graduated from the Australian Opera Studio in 2008 with first class Honours.

In November 2009 Stephanie won the MTO German-Australian Opera Grant in Melbourne and went to Germany in June 2010 to become a part of the professional ensemble at the Hessisches Staatstheater in Wiesbaden.