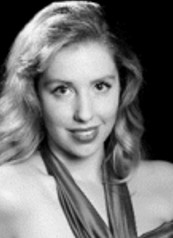 Celeste is a young mezzo soprano who grew up singing constantly, and with a dream to lift and stir people’s emotions through music, the way it touched her own heart.

Celeste has completed a Bachelor of Music Studies, an Advanced Di-ploma of Opera and a Post Graduate (Diploma of Music Opera) at the Sydney Conservatorium. Celeste is currently undertaking her Masters of Opera in Vienna.

Celeste has been awarded the Henderson Travelling Scholarship, the Radiminski and the Me-randa language prizes. She took place in numerous singing competitions and has been a place winner in the City of Sydney Eisteddfod, as well as Warringah Eisteddfod Champion and Aria Winner. During her studies, Celeste has also been a finalist in the Dame Joan Society Eistedd-fod Gala, and received an Order of Australia (Youth).

She received the German-Australian Opera Grant in Melbourne and has been in Germany since May/June 2015 where she is part of the professional ensemble at the Hessisches Staatstheater in Wiesbaden until July 2016.