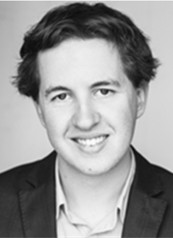 “A striking compelling baritone of enormous range and power”

Alexander Knight has been making a real impression on the music scene. A graduate of the Sydney Conservatorium of Music with an Advanced Diploma of Opera, Alexander is one of the most in-demand young baritones in Sydney. He has worked with the distinguished conductors Richard Gill, Brett Weymark, Roland Peelman and the acclaimed English composer Gavin Bryars, and has performed with many of Australia’s premier ensembles, including Sydney Philharmonia Choirs, Sydney Chamber Choir, Adelaide Chamber Singers and the Song Company.

In addition, Alexander has performed at the Edinburgh Fringe Festival, the Adelaide Festival and the Adam Chamber Music Festival in New Zealand, and in 2013 he received the audience prize and was a finalist in the IFAC Australian Singing Competition.

On 01. August 2015 he received the German-Australian Opera Grant in Melbourne and will depart to Germany in May/June 2016 to become part of the professional ensemble at the Hessisches Staatstheater in Wiesbaden for one year.